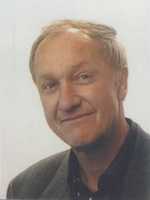 Rudolf Bernet (born 1946) is currently Emeritus Professor of Philosophy at the University of Leuven (Belgium) and former Director of the Husserl Archives. He studied philosophy in Louvain and Heidelberg and has a training in Freudian Psychoanalysis. As a guest professor he taught at the universities of Nice, Copenhagen, Rome, Boston College, Stony Brook, The Chinese University of Hong Kong, Freiburg i. Br., and Peking (PKU). In 2008 Bernet was awarded the Alexander von Humboldt–Forschungspreis. He is has also served as President of the German Society for Phenomenology. His main areas of research are: Phenomenology, Philosophical Anthropology and History of Philosophy with a particular interest in topics related to life and affectivity, time, and art. Bernet’s books include: An Introduction to Husserlian Phenomenology (with I. Kern and E. Marbach) (1993), La vie du sujet (1994), Conscience et existence (2004), Force-Pulsion-Désir (2013). Bernet has also prepared critical editions of Husserl’s posthumous writings on time (1985; 2001) and edited (with D. Welton and G. Zavota) Edmund Husserl: Critical Assessments of Leading Philosophers (2005). He has written more than 250 articles and is on the editorial board of numerous philosophical and psychoanalytic series and journals.